TotiCyte has transformed cell retention both during processing and cryopreservation and is exclusive to Cells4Life.

The highest performing cord blood processing system that we have tested, TotiCyte delivers 3 times more stem cells than our next-best system, AXP, which powers our Cells service and is also used by the NHS.* 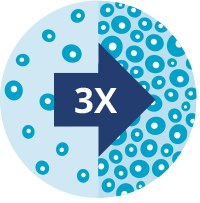 No one knows if and when your baby’s cord blood stem cells will be needed. Whether it is for a lifesaving therapy or simply to ease the ageing process, over the course of a lifetime, there may be numerous occasions when they are called upon.

Two key factors influence stem cell therapy, the availability of the right number of viable cells and the right type of cell.

Cord blood stem cells are probably the most powerful we will ever have, but the number that can be harvested from the umbilical cord is limited by the amount of blood available.

This is why it is crucial that processing retains as many of your baby’s precious stem cells as possible.

TotiCyte delivers more cells when you need them

TotiCyte has been developed to maximise cell count both pre-freeze, and especially post-thaw. It provides 3 times more cells at the point of treatment relative to the standard Cells service. This is based on our in-house testing of these systems. Critically, using TotiCyte means that your baby’s sample will be useful throughout their whole life, not just in childhood, and could even be used for multiple therapies.

Your child may be part of the first generation to live to over 100 years of age.

Multiple treatments – your child may be part of the first generation to live to more than 100. Who knows how many times regenerative medicine therapies will be called upon? Each therapy may need to use some or all your baby’s stem cells. Clearly, the more cells stored, the more treatments that can be done. Additionally, with the anticipated development of cell expansion technologies, it will be crucial to have multiple samples available for individual use.

Therapies and body weight – for many therapies, the number of cells required is linked to body weight – as your child grows into an adult, they will need more stem cells for the same treatment. 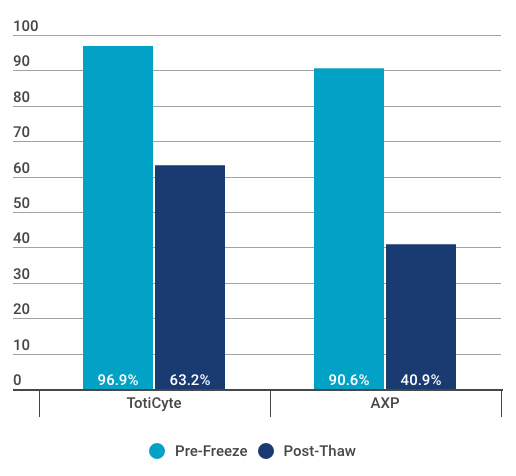 What does cell recovery mean?

Pre-freeze recovery – the number of viable cells that are found after the cord blood has been processed but before it has been cryopreserved.

We have carried out extensive in-house testing of the performance of both TotiCyte and the AXP system, which we use for our Cells service. As you can see, both methods recover equivalent quantities of stem cells pre-freeze.

However, the number that really matters is post-thaw, as this is the amount of stem cells that will be left in your baby’s sample after it has been processed, frozen for storage and finally prepared for treatment.

Post-thaw is also where we see the biggest difference.  According to our testing, the AXP system retains 40.9% of stem cells, whereas TotiCyte retains 63.2%, meaning TotiCyte preserves 1.5 times the number.

Stem cells isolated using TotiCyte also perform 110% better for cell growth and division (colony forming units) post-thaw, which is the best measure of how well they will perform in therapy. This means, taking into account both post-thaw recovery and colony forming units, the overall uplift is 3.3 times more cells at the point of therapy for TotiCyte.

The AXP system is regarded as an industry leader for cord blood processing and is used by both the NHS and the largest cord blood bank in the US. It’s their gold standard system. Published papers show that the AXP is also comparable, if not slightly superior in performance to both the Sepax and Macopress systems, which are widely used in Europe.

This indicates that the uplift shown for TotiCyte is likely to be significant on an industry-wide level.

If your baby’s cord blood stem cells are used for themselves, they will be a perfect match both at a cellular level and in terms of blood type. However, if they are going to be used to treat another family member, they will have to be checked for compatibility.

Even for a sibling, where there is a 75% chance of being compatible at a cellular level, it is still possible that their blood types may not match. In this case, the sample may need to be ‘washed’ before treatment to ensure it does not contain too many red cells. This is to reduce the risk of a potentially life-threatening transfusion reaction. The downside of the washing process is that many stem cells are also flushed away, potentially reducing the chance of a successful engraftment and size of person that the sample can treat.

TotiCyte removes 99% of the red cells in cord blood, meaning that it is ready for treatment, no matter the blood type of the patient, and may mean no requirement for washing. This is another way in which TotiCyte delivers the maximum number of stem cells at the point of therapy relative to our next best service, Cells.* 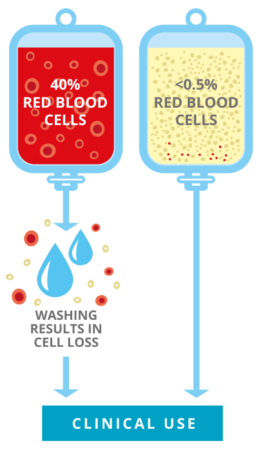 TotiCyte means that for the first time, cord blood banking is compatible with delayed and optimal cord clamping.

If you choose delayed cord clamping or especially optimal cord clamping, it is likely that there will be less blood available for cord blood collection. For most processing methods, the sample may simply not be large enough to be processed, and even if it is big enough, the cell count may be too low to be therapeutically useful.

TotiCyte can process even the 10-20ml of blood left in the placenta after a long period of delayed cord clamping, and it delivers 3 times more cells at the point of treatment relative to our industry standard service, Cells, meaning even a very small sample can be equivalent to a much larger sample processed using a different method.*

Authorised for our use by the Human Tissue Authority, TotiCyte is a precise, low concentration mixture of two solutions routinely used in blood therapy. These are DMSO and Dextran. DMSO and Dextran are present in every single processed cord blood sample and have been transfused into human patients in thousands of cord blood treatments all over the world.

❶ TotiCyte causes the red blood cells to sediment, leaving all other cell types, including the stem cells, suspended in plasma.
❷ The plasma and stem cells are expressed into the next processing bag, leaving 99% of the red cells behind.
❸ The plasma and stem cells are gently centrifuged, which causes a layer (called the ‘buffy coat’) of stem cells to form at the bottom of the plasma.
❹ The excess plasma is removed leaving a 25ml stem cell sample, which can be divided into multiple units prior to storage. 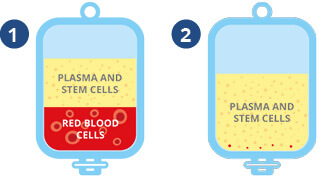 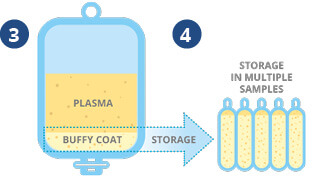 What other techniques are used?

To maintain viability for a future therapy, all public and private cord blood banks will cryopreserve your baby’s cord blood in liquid nitrogen. This will ensure that, whether your baby’s stem cells are needed in 10, 50 or 100 years, they will remain as viable as the day they were harvested.

Many different technologies and techniques are used to process and prepare cord blood. The aim of all the leading techniques is to remove as many of the red cells as possible, this is called Red Cell Depletion or Volume Reduction.

Normally, the cord blood is centrifuged at high speed, which separates the blood into three components: the heavier red cells at the bottom; a very thin layer called the buffy coat which contains the stem cells and; on top, plasma, which contains various factors but no cells.

The buffy coat is then separated into a bag for cryopreservation, along with some plasma and some red cells. Whilst the red cells are not crucial in regenerative medicine, it is important to capture any stem cells that are contained at the interface between the two layers. Similarly, some of the plasma is also taken. 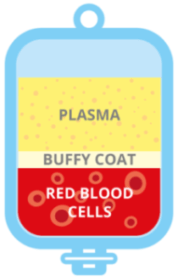 The next stage is a two part freezing process, controlled rate freezing to -80℃ followed by placing in vapour phase liquid nitrogen at -190℃.
Immediately prior to controlled rate freezing, about 10% DMSO will be added to the cord blood to help prevent the cells bursting on freezing.
The blood will then remain cryopreserved until needed for a cellular therapy.

Limitations of the other technologies

All Volume Reduction technologies lose stem cells. Post-thaw, many, if not most, viable cells will be lost. These losses are in the range of 70% – 90% of the starting number of viable stem cells. This may limit whether a sample can be used for therapy or how many times it may be used.

In addition, all leading Volume Reduction systems retain as much as 35% red cells. Many of which will burst on freezing resulting in cellular debris. This debris can be removed through washing but this will incur the loss of more stem cells. These red cells may also cause a transfusion reaction if the blood types are not compatible.

*We have conducted in-house testing that shows TotiCyte recovers three times more stem cells at the point of therapy relative to our next best service, Cells. Cells uses AXP processing technology, which is used by the NHS and most cord blood banks in the USA.  A summary of these experiments can be found here.

Get your FREE guide today...
Provide your contact details to request information via email and contact from our specialist advisers.

Get your FREE guide today...
Provide your contact details to request information via email and contact from our specialist advisers.