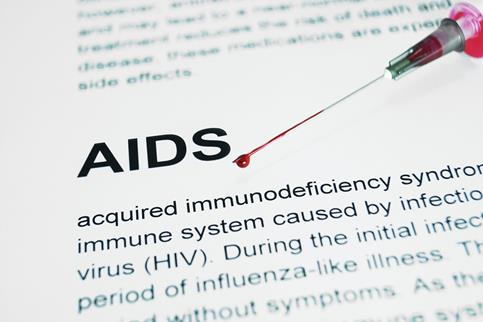 Human Immunodeficiency Virus (HIV) is the precursor of AIDS.  HIV is a ‘lentivirus’ which is a type of virus that slowly attacks the immune system; it belongs to a larger family of viruses known as retroviruses [1].  The origins of HIV are still widely debated and “tracing the origins of HIV is a politically sensitive exercise” [1].

HIV does not discriminate and is transmitted through infected bodily fluids.  It is most commonly spread through unprotected sex and drug use with dirty hypodermic needles.  HIV is not spread through kissing, sharing utensils or using the same toilet as an infected person.  As there is no mainstream cure for HIV, prevention is the best way to prevent infection.

80% of people who are infected with HIV experience a short, flu-like illness 2-6 weeks after infection known as seroconversion illness.  While a blocked, runny nose is not a symptom the following are:

Other symptoms can include :

As HIV is a disease which progresses slowly, further symptoms may not develop for many years, however this does not mean that the virus is not active – it is still able to be transmitted even though symptoms may not be present.  HIV is the precursor to AIDS (acquired immune deficiency syndrome); AIDS symptoms appear once the immune system has become severely damaged, symptoms can include :

Since the AIDS epidemic of the 1980s there has been widespread research into finding suitable treatments for the virus.  Unfortunately a cure was thought to be out of reach until 2007 when Timothy Ray Brown, known as The Berlin Patient, was cured of HIV in a world-first.  The circumstances of Brown’s treatment were exceptional; he was HIV positive with leukaemia.  He was fortunate enough to receive bone marrow from a donor who had a natural resistance to HIV infection; this was due to a genetic profile which led to the CCR5 co-receptor being absent from his cells [3].  Only 1% of Caucasian people are HIV resistant.  Since his stem cell transplant, doctors have been unable to detect HIV in Timothy Ray Brown, rendering him cured.

These developments are incredibly exciting and for the first time since the AIDS epidemic of the 80’s a cure for HIV is now thought to be possible.  Due to the small amount of people who are HIV resistant, stem cell transplants may not the route to curing HIV but stem cell research may hold the key and has definitely enabled scientists to now start talking about the previously taboo “HIV cure”.