Football is sport loved across the country with young boys and girls taking part in the sport from a young age; developing a passion for a sport, which they will most likely take with them into adulthood. As the nation’s favourite sport, football is played and enjoyed by the young and the old alike. Unfortunately, the beautiful game has an ugly side; injury. Many football players, both amateur and professional, suffer damage during play and this often results in the stifling of a football career before it’s begun, or premature retirement when a player is at the peak of their game. Sports injuries continue represent a big problem.

However, stem cell therapy could be the key to providing footballers with longevity, and as research into regenerative medicine has progressed and diversified, there are growing numbers of high-profile athletes opting for stem cell treatment to remedy their sports injuries.

Could Stem Cells Help Heal Sports Injuries to the Hamstring?

Recently it has been reported that Real Madrid star Christiano Ronaldo has undergone stem cell therapy for a torn hamstring. Hamstring injuries are common in football as the hamstring muscles and tendons can be over stretched, resulting in a tear.

A study that looked at the potential of regenerative therapies, including stem cells, to treat tendon injuries states that they are an “attractive option” as utilising the “body’s intrinsic potential to repair and heal damaged tissues” often results in a whole and long-lasting repair. [1] 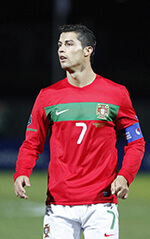 The metatarsal is a group of bones found in the foot. They can be broken or fractured through repeated stress or sudden injury.

In recent years there have been several high-profile footballers who have sustained metatarsal sports injuries – who could forget David Beckham’s broken metatarsal, which put his 2002 world cup in doubt?

The fifth metatarsal bone is the bone on the outside of the foot which connects to the little toe. If this bone becomes broken close to the ankle then healing can be problematic as the area has low blood flow. [2]

Stem cells may hold the answer to healing such bone fractures. As demonstrated by several clinical studies.[3] 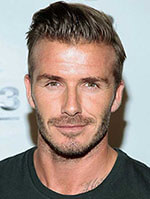 Knee injuries are common amongst football players, due to strain placed upon the joint during exercise.
Footballers who have suffered sports injuries to the knee include Alan Shearer, Christiano Ronaldo, and Paul Gascoigne. Recently, even controversial footballer Louis Suarez has undergone surgery to remove a damaged meniscus within the joint.

Treatment of cartilage injuries in the knee often involves surgery called microfacture. This is where multiple tiny fractures are created near to the damaged cartilage after any calcified fragments have been removed.

These fractures allow the release of blood and bone marrow, which helps create a repair. [4]

Microfracture surgery is often the first choice for treat cartilage damage in the knee. However, a study found that whilst there is improved knee function for the first 2 years, there was insufficient information to determine the long term efficacy of the procedure.[5]

Fortunately a surgical technique being developed at University Hospital Southampton may improve the outcome for these patients. A technique known as “Abicus” uses microfracture surgery followed by the use of a special glue like substance made from the patient’s stem cells and hyaluronic acid. This is placed over the affected area and allowed to set. The whole procedure lasts just 30 minutes and could offer the solution for an often terminal footballing injury.[6]

The days where a sports career comes to an end because of an injury are drawing to a close as advancements in medicine and stem cell research provide treatments for a huge range problems. Of course, it’s not just professional athletes who will benefit – these miraculous stem cell therapies will soon be available to everyone who needs them.