Could stem cells offer a treatment for Parkinson’s disease?

A team of scientists in Japan have demonstrated that neurons derived from stem cells can be used to treat the symptoms of Parkinson’s in monkeys.

In this latest study, dopamine-producing neurons were generated from induced pluripotent stem cells from the blood and skin of both healthy people and Parkinson’s patients. When transplanted into monkeys these cells were able to replace the missing nerve cells in the brain that result in Parkinson’s. The results are impressive.

All 11 primates in the study showed significant improvement two years after having the stem cells transplanted into their brains. Parkinson’s neurosurgeon Professor Jun Takahashi from Kyoto University, who led the research, described the following results:
“the monkeys became more active after cell transplantation: moved more rapidly and more smoothly, and showed more various type of movements and less tremor”.

The outcome of this study brings hope Parkinson’s sufferers, and trials in humans look set to start Scientists in 2018. 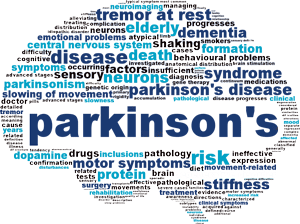 “Current medication only serves to mask the symptoms of the condition, but makes no changes to the brain cells themselves. These studies show that, should brain cell transplantation become a viable therapy, it has the potential to reverse Parkinson’s by replacing the dopamine cells that have been lost – a groundbreaking feat.”

This website uses cookies to improve your experience while you navigate through the website. Out of these, the cookies that are categorized as necessary are stored on your browser as they are essential for the working of basic functionalities of the website. We also use third-party cookies that help us analyze and understand how you use this website. These cookies will be stored in your browser only with your consent. You also have the option to opt-out of these cookies. But opting out of some of these cookies may affect your browsing experience.
Necessary Always Enabled

Any cookies that may not be particularly necessary for the website to function and is used specifically to collect user personal data via analytics, ads, other embedded contents are termed as non-necessary cookies. It is mandatory to procure user consent prior to running these cookies on your website.