Home » Expecting the unexpected – how accurate is your due date?

Expecting the unexpected – how accurate is your due date? 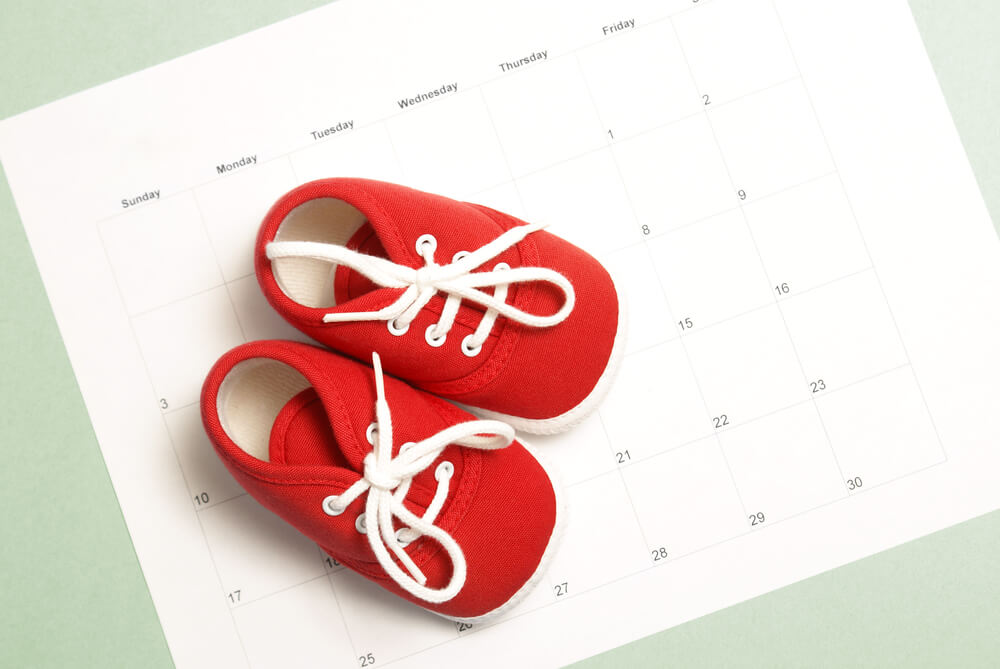 As most parents know, pregnancy can be unpredictable at the best of times. Simply put, there’s no way of knowing exactly when your little bundle of joy will show their face for the first time – whatever your due date is.

New parents Sandy and Alicia Macdonald learnt this the hard way, when labour pains interrupted their visit to the idyllic Isles of Scilly, where Alicia was conducting the ceremony at a friend’s wedding.

Without a midwife available nearby, the couple took to the skies in a coastguard’s helicopter to reach the Royal Cornwall Hospital on mainland Truro. But baby Torran had other plans and made a surprise appearance en route – while the helicopter hovered an incredible 1,400 feet above Penzance.

Luckily, little Torran’s birth went smoothly despite the unusual circumstances and he was delivered on-board weighing a healthy 7lb 8oz. The coastguard later confirmed that he was the second baby to arrive mid-flight on one of their helicopters.

Torran’s unorthodox birth is a gentle reminder to parents everywhere that their baby could arrive at any time, regardless of their best-laid plans or the expected due date.

In fact, there are countless stories of unexpected deliveries occurring at the most inopportune moments, such as in the supermarket, on a plane and even while travelling on public transport.

Of course, it is tricky to know what to expect from labour and giving birth is something of a guessing game. There are ways to prepare, however, such as packing your hospital bag early and keeping it handy at all times.

How accurate is my due date?

Your due date is a good indication of when baby might arrive – but it is more of a guideline than a guarantee.

Keep in mind that only 4% of babies arrive on their due date and the World Health Organisation reports that more than 1 in 10 babies are born prematurely. That amounts to around 15 million babies born early each year.

1 in 5 babies, meanwhile, keep their parents waiting beyond 41 weeks.

How long does labour last?

Baby Torran was born in just under two hours so Alicia thankfully dodged a laborious labour. Most mums aren’t so lucky though, and their labour usually lasts much longer.

The first stage, which involves cramps, backache and some blood, can take a while but midwives will only begin recording time once ‘active labour’ starts.

Active labour occurs when contractions become more frequent – about every 3 to 4 minutes, and lasting 5-60 seconds.

For most first-time mums, this takes between 6 and 12 hours or a sobering average of 7.7 hours. Fortunately, this number drops dramatically for subsequent births, to an average of 5.6 hours.

Reports suggest that the fastest known labour took just 120 seconds or a slender two minutes. For an expectant mother in Poland, the opposite was true – her labour took an astonishing 75 days.

Expecting the unexpected with Cells4Life…

We know that once your pregnancy reaches a certain point, baby could come at any moment, which is why we recommend setting up your cord blood collection service well in advance.

We can organise a collection in as little as 24 hours – and operate a round-the-clock customer helpline to ensure that it’s never too late to protect your child’s long term health.