This week is Multiple Sclerosis Awareness Week which aims to raise awareness of the symptoms and treatments, as well as tackle the misconceptions of MS across the world. In this multiple sclerosis research blog, we will provide an overview of what multiple sclerosis is, what the symptoms are, some key statistics as well as current treatments and ongoing clinical trials for MS.

What is multiple sclerosis?

Multiple sclerosis is an autoimmune disease which affects the nervous system. In cases of MS, there is a malfunction of the immune system which attacks a healthy part of the body, specifically the brain and spinal cord of the nervous system.

This damages the cover that protects the nervous system and subsequently disrupts the messages that are sent along the nerves to the brain. It is a lifelong condition which can sometimes result in serious disability.

The exact causes of MS remain unclear, however scientists generally believe that MS is triggered by a combination of factors, such as genetic and environmental factors.

What are the symptoms of multiple sclerosis?

The symptoms of multiple sclerosis vary widely between each individual. Different parts of the body can be affected, and the severity of symptoms can differ too.

Symptoms of multiple sclerosis include: 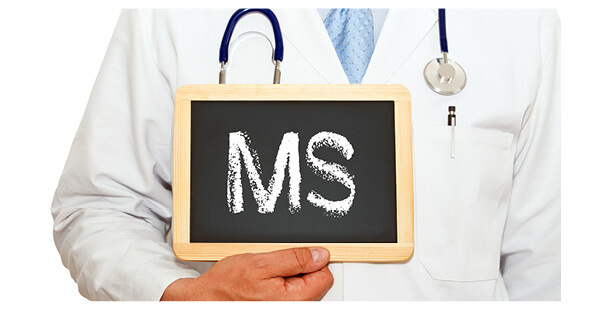 What is the treatment for multiple sclerosis?

Existing treatments include injectable medications, which aim to modify progression, as well as physical therapy to alleviate the physical symptoms.

There are also numerous ongoing clinical trials which are investigating new treatments as a mean of preventing, treating and managing the disease. In particular, stem cells have been considered to be a ‘game changer’ for sufferers of the condition.

Over 200 clinical trials are currently investigating the application of stem cells in the treatment of multiple sclerosis. It has been suggested that these stem cells can help to rebuild a patient’s immune system after receiving chemotherapy with an autologous haematopoietic stem cell transplantation (HSCT).

Results from an international study have shown that HSCT treatment for multiple sclerosis was able to stop the disease from progressing and also helped to improve existing symptoms.

One study has found that placental cells were safe to use and that preliminary evidence suggests that they may be able to contribute to the repair of damaged nerve tissues in MS patients.

Another clinical trial which started in January 2020 is testing a stem cell treatment against the best available biologic therapies for severe forms of relapsing multiple sclerosis.

Whilst stem cell therapy for multiple sclerosis is still in the early phases of clinical trials, the results from trials so far seem promising.