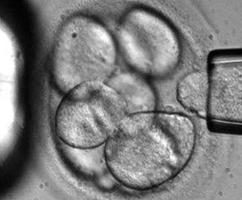 Ben Leahy, 20, was diagnosed with the disease in 2008 and lost the ability to stand within a few months. However, doctors performed a new procedure to combat the disease. They have helped him to regain his health and he is now walking again. The MS stem cell treatment targets the immune system patients, which has turned in on itself, causing damage to nerves which can lead to blurred vision, loss of balance and paralysis.

Doctors carried out a new technique to remove stem cells from his bone marrow before using chemicals to destroy all his immune cells. The stem cells were then transplanted back into Mr Leahy’s body to replenish the immune system – effectively resetting it.

Multiple sclerosis affects about 85,000 people in the UK alone. The treatment targets the immune system of multiple sclerosis patients, turning it on it-self causing damage to nerves which can lead to blurred vision, loss of balance and paralysis.

Cells4Life have invested in two storage locations to give peace of mind and security in storing.