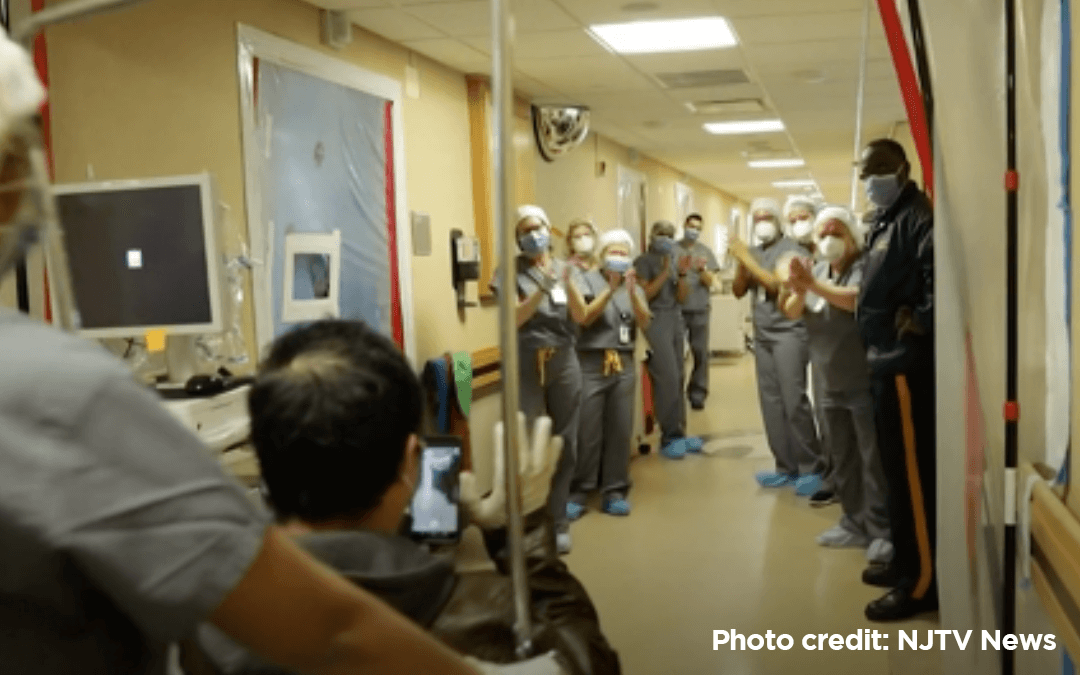 A US hospital has become the first hospital in the nation to use a placenta-based cell-therapy to treat COVID-19 patients, which has resulted in the coronavirus-recovered patients heading home.

Holy name is the first in the US to use the latest placenta-based cell-therapy from Pluristem. The treatment uses cells from the placenta which is then injected into the arms and legs of the patient. A 49-year-old COVID-19 patient on a ventilator, was one of the first patients without organ failure to receive the placenta cell treatment.

Doctors of the patients are “encouraged” by initial results as they report improvements in the three patients who received the treatment. Now, a much larger group of patients is needed to confirm that the treatment is effective.

As such, the FDA has given the greenlight for these placenta cell-based drugs to be used in clinical trials and for individual compassionate use.

How do placental cells help to treat COVID-19?

The Assistant Vice President for clinical development at Holy Name Medical Center, Dr. Ravit Barkama, explains that it may be the stromal cells in the placenta that help to calm the immune reaction to the disease and alerts the mother’s cells to not attack the baby.

“So we’re actually using those properties of calming down the immune system, we’re using that now with COVID-19 trying to calm down that hyper-immune reaction that we’re seeing that a lot of patients have, which are actually creating a lot of harm,” said Barkhama.

Six other COVID-19 patients in Israel have also been treated with placenta cells and have demonstrated a “remarkable recovery” following initial results. It was based on these promising results that Pluristem extended its compassionate use program and treated its first patient at Holy Name under the FDA’s Coronavirus Treatment Acceleration Program.

What else can stem cells do?

This is not the first time that the Holy Name has used stem cells to treat its patients.

Two years ago, the hospital also used the cell therapy production company, Pluristem, as part of a clinical trial to treat a diabetic patient. The hospital is one of the only couple of hospitals in the US to do so.

The patient, Robert Masterson, is a diabetic who was suffering from wounds that would not heal – a common problem faced by diabetic patients. As a result, Robert had limbs amputated. In an attempt to treat the problem, Robert received 30 stem cell injections to promote wound healing.

16 months later and Robert reports improvement: “Well, I’ve been able to do the stationary bike every day, at least 10 to 15 minutes every day. I have less trouble walking. They’ve saved my feet, really.”

Dr. Barkhama says it’s not a miracle, but stem cells are “definitely the future of medicine”.