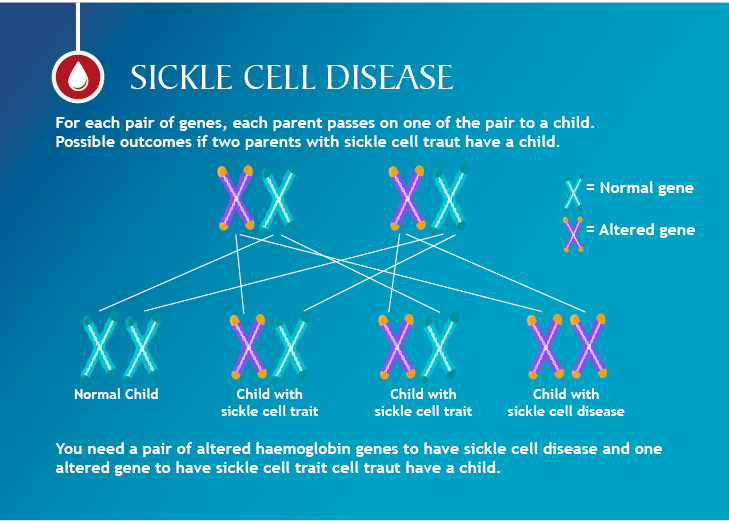 September is Sickle Cell Disease Awareness Month, and so we are raising awareness of this often painful illness.

Sickle Cell Disease is an inherited condition which is passed down to children whose parents both carry the Sickle Cell Trait.  The sickle cell trait is a recessive gene, when both parents carry the gene their children have a 50% chance of becoming a carrier, a 25% of being born with sickle cell disease and a 25% of being born without the illness or trait.

In the UK, sickle cell disorders are most commonly seen in African and Caribbean people, however, the disorder also affects people of African, Caribbean, Middle Eastern, Eastern Mediterranean and Asian descent.

There is a variety of treatments available to treat sickle cell disease and for severe cases doctors may turn to a stem cell transplant.  Unfortunately, sickle cell disease is common in those communities who are under-represented in bone marrow and cord blood registries making it difficult for many families to find a suitable stem cell match from a public bank to treat their loved one.  However, a patient is more likely to find a suitable match within their family, banking cord blood increases the odds of finding a stem cell match for the whole family.